In 1979, the famous French psychoanalyst Françoise Dolto and some of her colleagues started a revolutionary new project in Paris. They opened a centre called “Maison Verte” [The Green House], dedicated to welcoming and listening to children under-4 years of age.

During informal sessions that took place each day of the week, three “welcomers” (psychoanalysts and other professionals working with toddlers) would try to support these young children as individual subjects and prevent psychological issues from developing. Today, there are around 100 of such centres in France, open to young children and their carers, with similar institutions also having sprung up in many cities in Europe and around the globe.

In October 2016, a team of three psychotherapists, Kristina Valendinova, Antoine Huon and Xavier Fourtou founded “Bubble & Speak”. Our “welcoming centre” is currently the only one of its kind in the UK. The idea was to offer the same type of services and dedication originally developed on the continent to families living in South London.

When a family arrive, we ask for the child’s name and write it on a blackboard. The children have many toys, books and art supplies at their disposal. The idea is to give the child freedom to play, explore the world and meet new friends. Even though welcoming sessions are not presented as therapeutic activities as such, they do have important effects. They can:

Feelings and difficulties can be expressed in words in order to prevent all types of possible psychic problems from emerging or developing. Our project also aspires to support parents and carers who feel isolated and to strengthen links in the community.

On entering nursery, children will be separated from their family. Bubble & Speak is a safe intermediary space: it is no longer the family environment and other children and adults are present; at the same time, their parents or carers are still around. During the sessions, parents can relax or share their experience. Our project also aspires to support parents and carers who feel isolated and to strengthen links in the community.

Bubble & Speak has been very popular and a growing number of children and families have been coming to the Library and our sessions every week.

“The other groups I used to go to were more activities-oriented. I felt my daughter was being put under pressure. Her own rhythm was not taken into account.”

“As a foster mum, it is very precious for me to be able to speak here about my foster child’s future adoption.”

“My wife speaks Russian, I am Spanish. Bubble & Speak was the first opportunity we had to talk to professionals about our questions. Should we speak to our daughter in our own mother tongue or in English?”

“I have four children. It is hard for me to dedicate time to my youngest. He loves coming to the Library and is very much looking forward to our Mondays together at Bubble & Speak.” 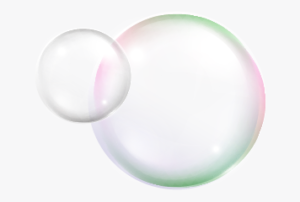 We rely on donations to stay open. If you can help us, please consider making a donation.